And finally, the last stop of the trip: Osaka.

Out of all of the places I’ve been to so far on my little Asia tour, Osaka has felt the most like home. I’m not sure if I’m just getting that comfortable, or if it’s that Osaka actually reminds me a bit of Philadelphia.

I think that this comparison stems from the fact that there’s variety: large sky scraper urban streets, and small, quaint quiet areas. It is what you make of it, so you can make of it what you feel suits you that day. 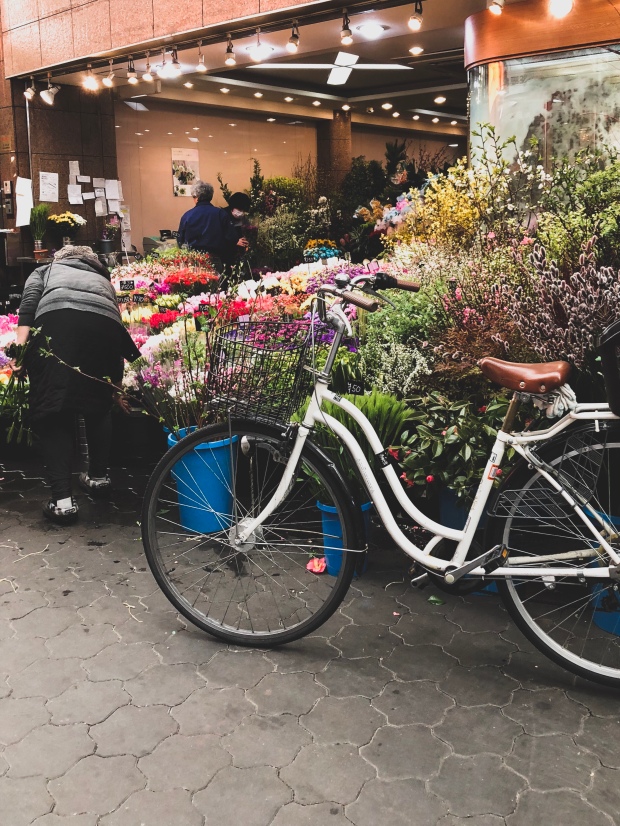 Most people ask when you say you’re going to Osaka, oh you want to go shopping? And that’s because that’s the main attraction in the area, so much shopping! And quite the variety. Between small markets and large shopping centers, Osaka really does offer everything, from high end stores to smaller, low end fold up tables with delicious food. 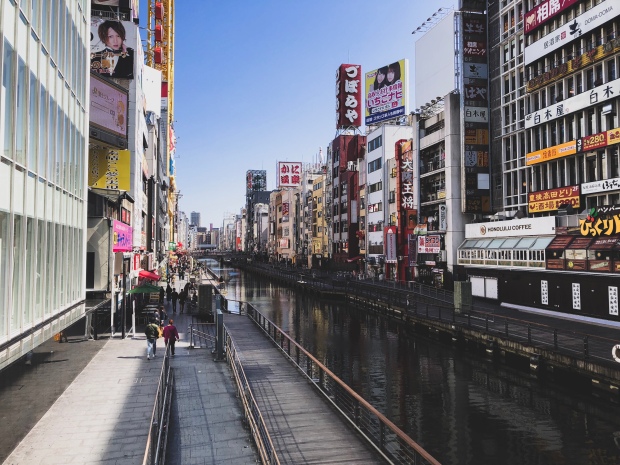 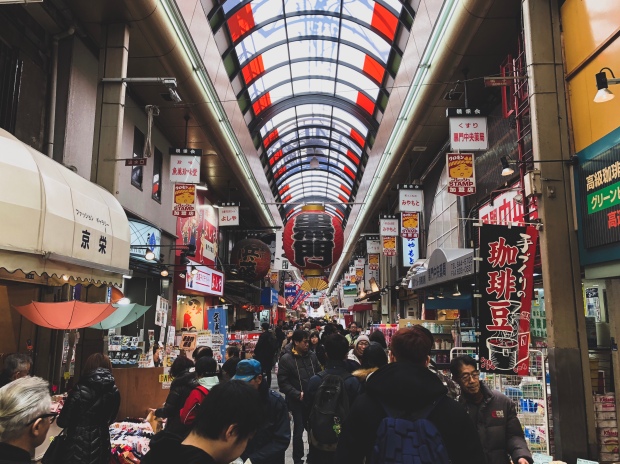 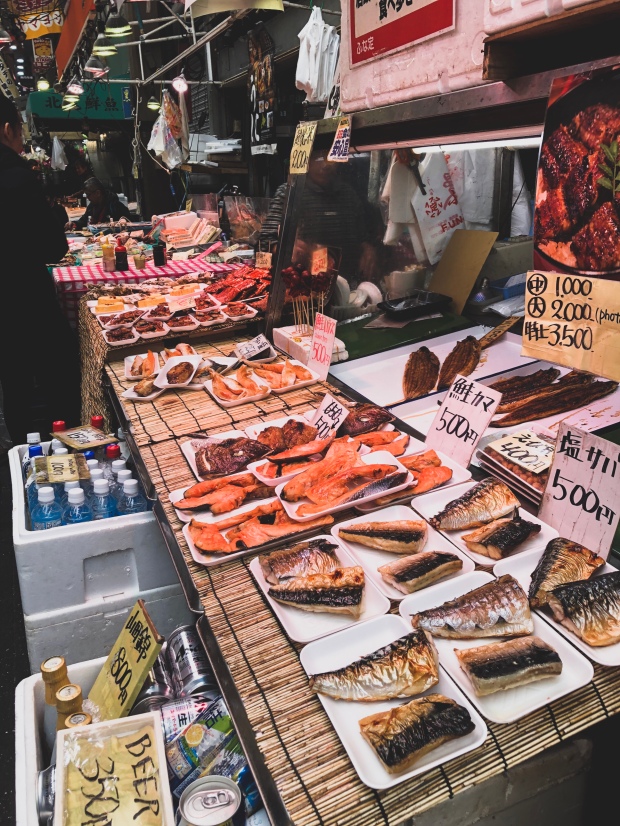 And besides the shopping, Osaka is pretty quaint. In Kyoto, it seemed like there was an overwhelming amount of Japanese tradition, and an exuberant amount of sites to see. In Tokyo, it was hard to grasp the biggest metropolitan of the world in only a few days. Osaka is comfortable. There’s stuff to do, but I never felt like I didn’t have enough time to see the things I wanted to see. And most of the things I wanted to see, weren’t actually in Osaka! So I would spend my mornings taking the Japan Rail somewhere a bit further, come back, and just enjoy what Osaka had to offer.

But for me, Osaka was a necessary stop on my Japanese trip. Arguably the most famous architect in Japan, Tadao Ando, was born in Osaka and much of his Japanese work is in the area. He has a humble yet bold style, combining traditional Japanese ideas with modern concepts. Of course we’ve learned about him in school, and he’s stayed an inspiration ever since. Because he’s based in Japan, I was only able to see one of his projects while studying abroad. And I was eager to see more.

Some of Ando’s most famous work is in Osaka, and unfortunately, it’s terribly hard to visit. Both the Azuma House and the Church of Light are a mere train ride away, but they’re also still someone’s house and a community church. So to see them, you have to book early. And by early, let’s just say I looked into booking an early March weekend visit back in December, and there were no openings.

So I researched his other projects within reachable distance to Osaka. Honestly, I think it all worked out in my favor. Because these aren’t necessarily his most famous projects, they weren’t overrun with tourists. So I got to experience them as they were meant to be: quiet.

The first stop on my mini-Ando tour, the Shiba Ryotaro Memorial Museum.

Shiba Ryotaro was an important Japanese writer. When he passed away, a memorial fund was started in his honor and funds were raised for a memorial museum next to his house, which is also where he wrote all of his work. 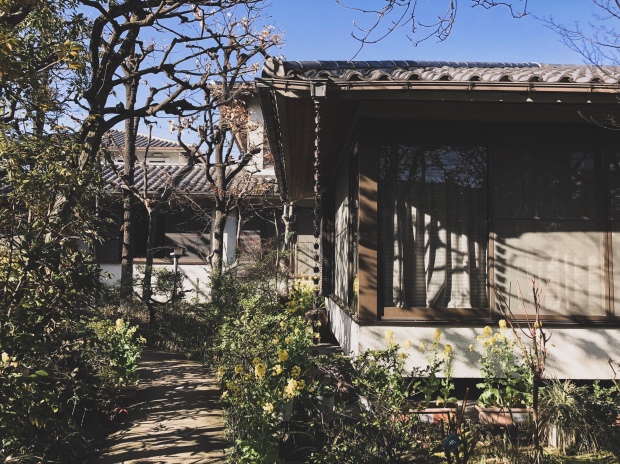 Ando’s museum is quaint from the outside, not overpowering Ryotaro’s traditional home. 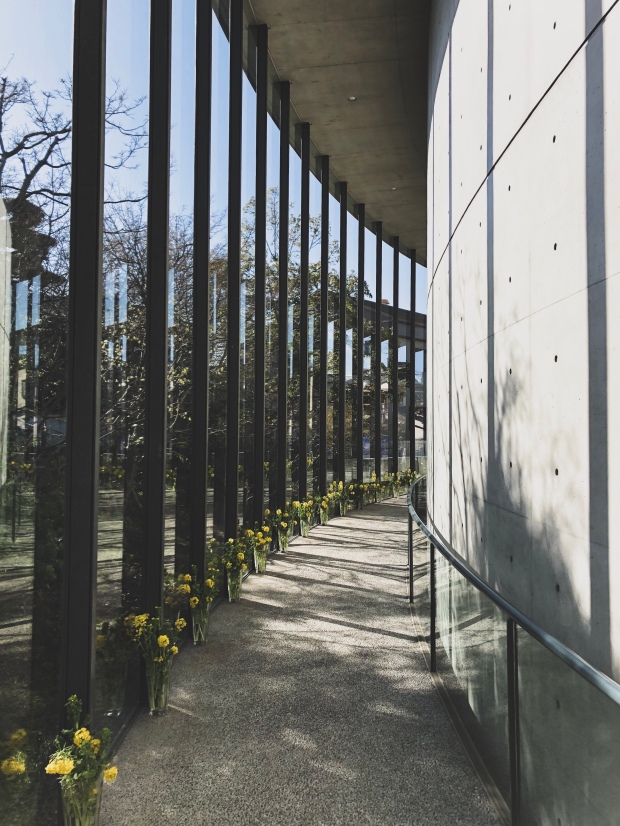 And you would never guess it from the outside, but when you get inside, you’re immediately opened up to a stunning view of these double height book shelves displaying all of Ryotaro’s pieces. 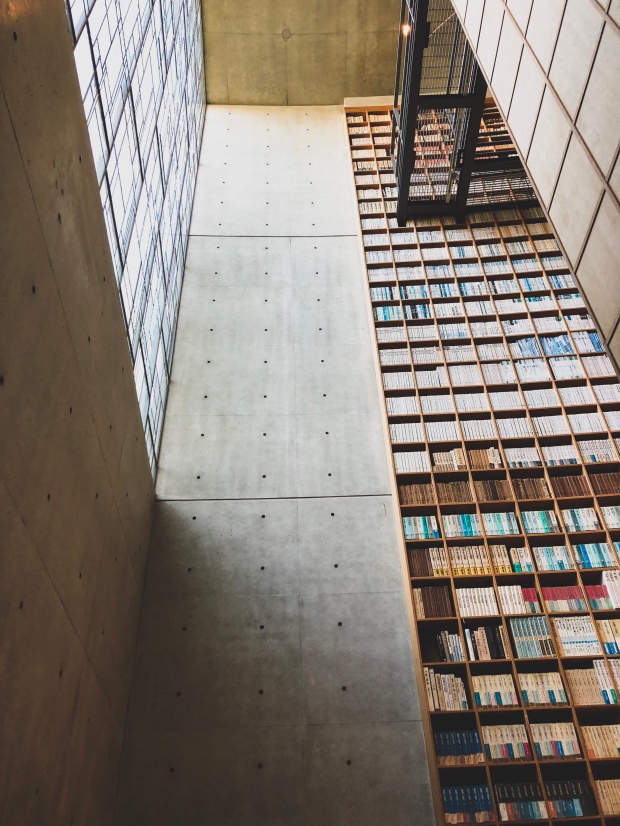 For a relatively small area of glass, the space is so well lit. The windows themselves feel like old, gothic church windows. 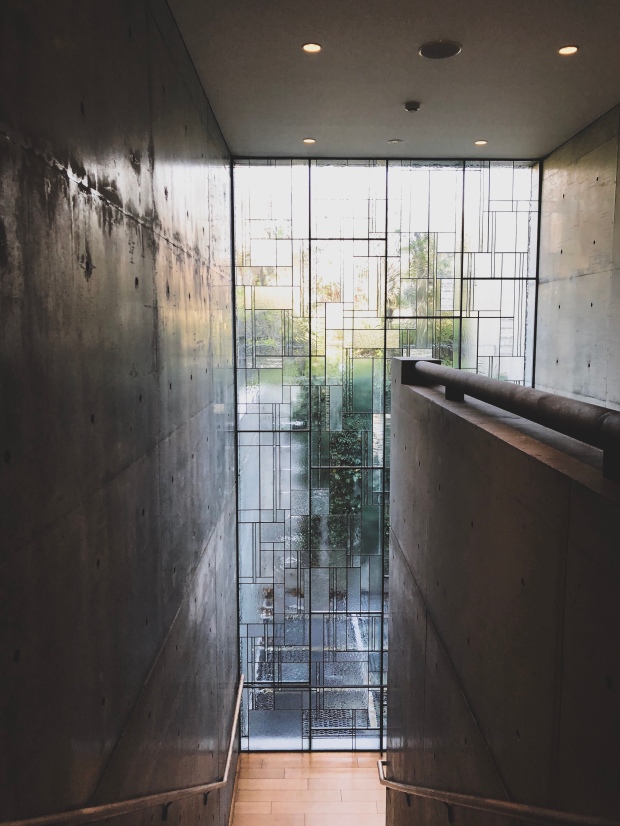 This museum is actually in Kobe, a city about 15 minutes west via bullet train from Osaka. And I get there, just to find all of the exhibitions were closed. So they let me walk around the public areas, alone. It was only moderately creepy.

I didn’t get to see everything, but I did get to see a few highlights.

And this spiral staircase stole the show. It’s fully outside, and it was raining, but it was still a great space to be in. 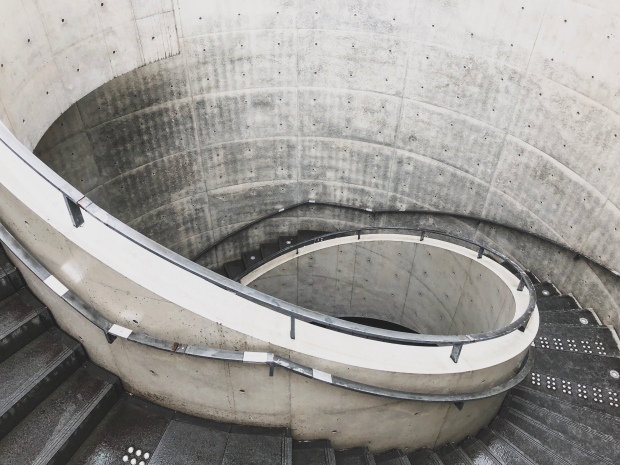 Naoshima is typically referred to as Japan’s “art island”. This old traditional Japanese island was struggling to maintain a young population, and as the people grew older, they were having a hard time modernizing. The island was actually in somewhat of an economic decline when the idea to use the islands beauty as an artistic backdrop to a series of contemporary art museums and installations. And that just did the trick. Now, Naoshima is considered a “must visit” destination during your Japan stay.

I kind of decided on a whim that I was going to go, so I only went for the day. But I really wish I could’ve stayed a few more days, because I only scraped the surface of what the island has to offer.

As you walk around, you get fantastic views of the landscape, with art almost everywhere. It’s actually fun to walk the streets and try to go longer than 5 minutes without seeing an installation. 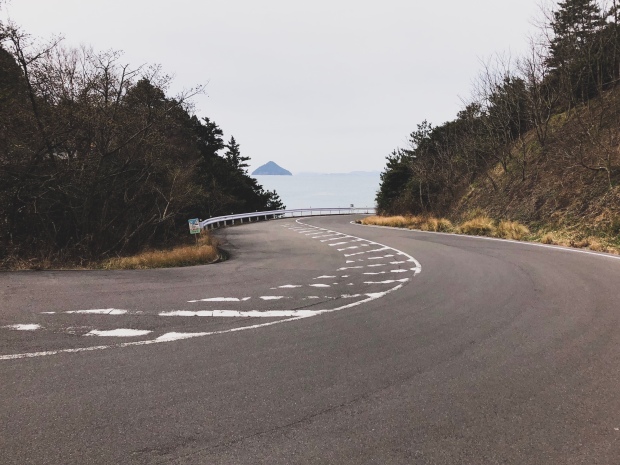 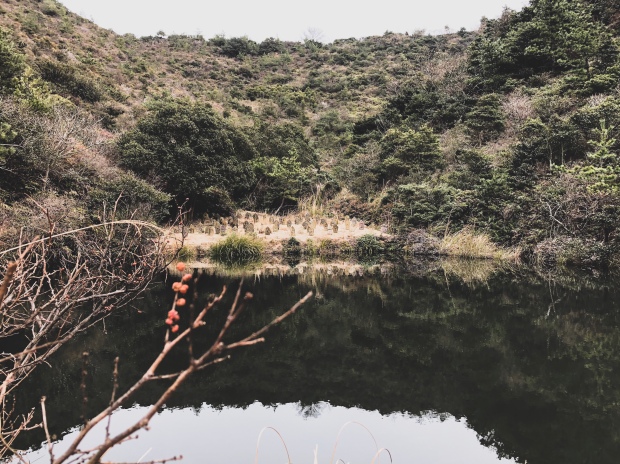 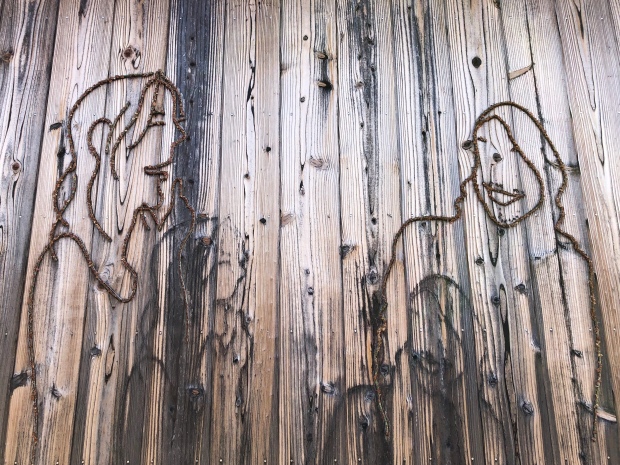 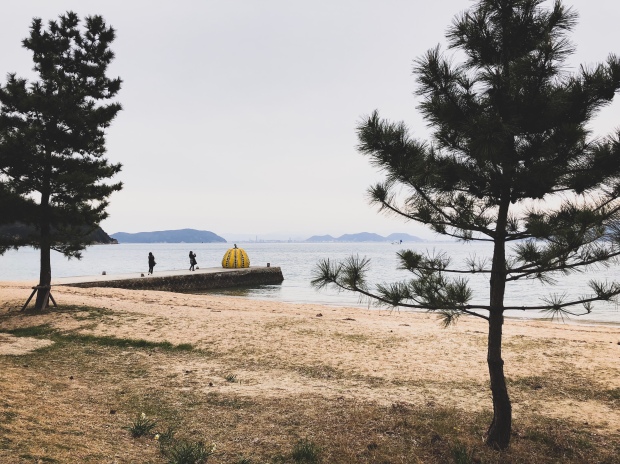 When you start to search Naoshima, I guarantee you will a see an image of a bright orange, polka dotted pumpkin on the water with mountains in the distance.

This is one of Japanese artist, Yayoi Kusama’s, most well known works. From my understanding, it was meant to stand in bold contrast with the beautiful surrounding landscape, to highlight the bold differences between the natural and the man made. 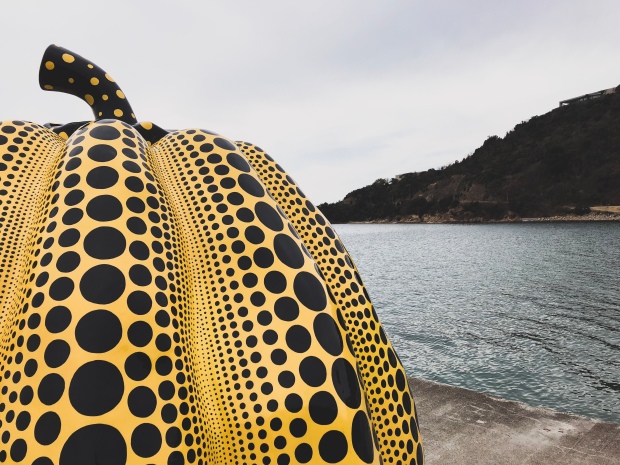 But, I think it really serves best as a pop-cultural icon. In this big rebranding effort of the Naoshima Island becoming this artistic haven, this spunky pumpkin does its job: it makes the island noticeable, memorable, and desirable to visit.

There are multiple Ando buildings on this small little island, but Chichu was the one I invested my time into.

Yes, this is a picture of a picture. They told me it was too “dangerous” to see this view.

Chichu means buried or in the ground, and that’s exactly what the museum is. It’s a series of large, voided cuts in the landscape that guide you from exhibit to exhibit. 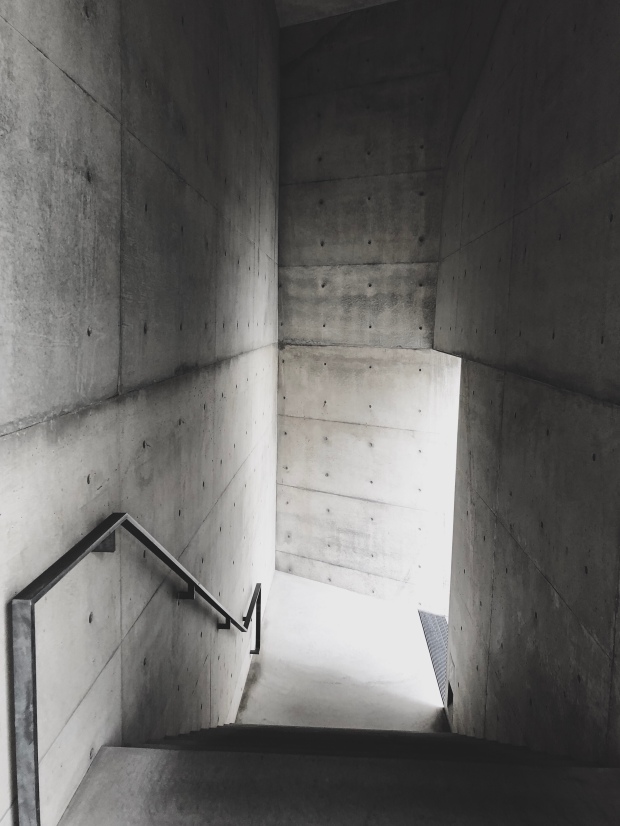 And then you get to the outside voids, opening to the sky. Despite the cold materiality, I swear it feels warm, and inviting. 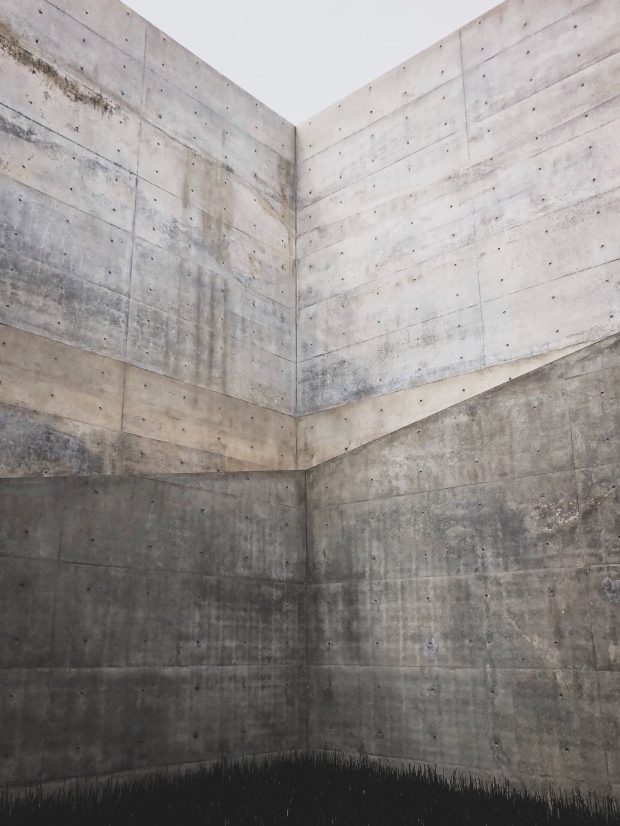 You’re not allowed to take pictures in the exhibits, but I did sneak one of the Monet entrance. 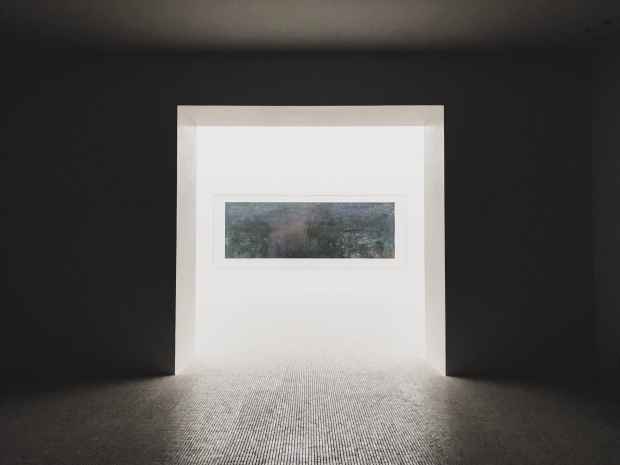 And like I said, Ando has done a ton of work around the island, so even though I didn’t go to many of his other museums, it’s impossible not to cross some of his installations while walking around the island.

Another must for me while I was on Naoshima was seeing the Tadao Ando Museum, a self built museum that explains some of his most famous projects. It’s in the Honmura section of the island, which is the oldest area.

He essentially used an old, traditional home and then sculpted a concrete box in the center to provide light wells and even a meditation space at the lowest section.

In this, he emphasized his desire to create experiences, not sculptural pieces.

He chose to use this house in this area because it wove in nicely with the Art House Project.

I really enjoyed walking around this old area. The houses are beautiful, and the textures are phenomenal. 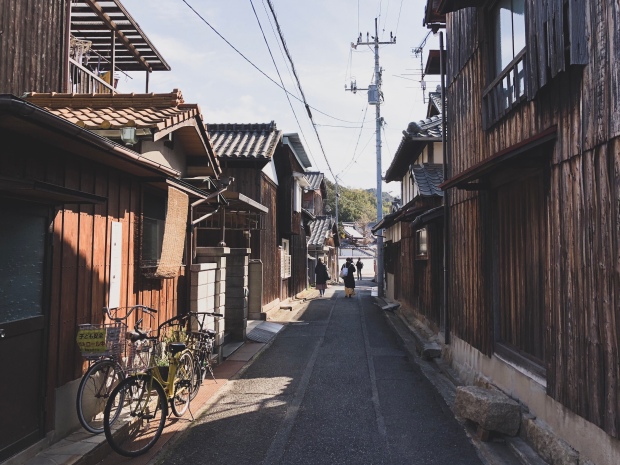 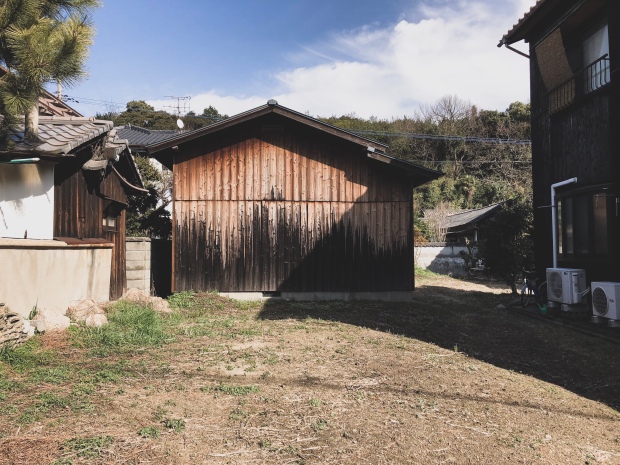 And this was a wrap on my Japan travels!

I left and could only decide that I have to go back, so, until next time Japan!