From Zion, we drove through Nevada to Mammoth Lakes, a great town to the east of Yosemite.

(On the side: the drive through Nevada was our least favorite part of the drive yet. Although scenic, a straight road through the desert with rest stops every 100 miles which had little food but did always include a road side brothel, we were eager to get that drive over with.)

On our first morning to go to Yosemite, we learned some pretty terrible news: because of the crazy amounts of snow, the Tioga Pass is closed indefinitely. That pass was really the only way for us to easily get to the park, and resulted in an 8 hour detour to go around the park to use an entrance on the west side. 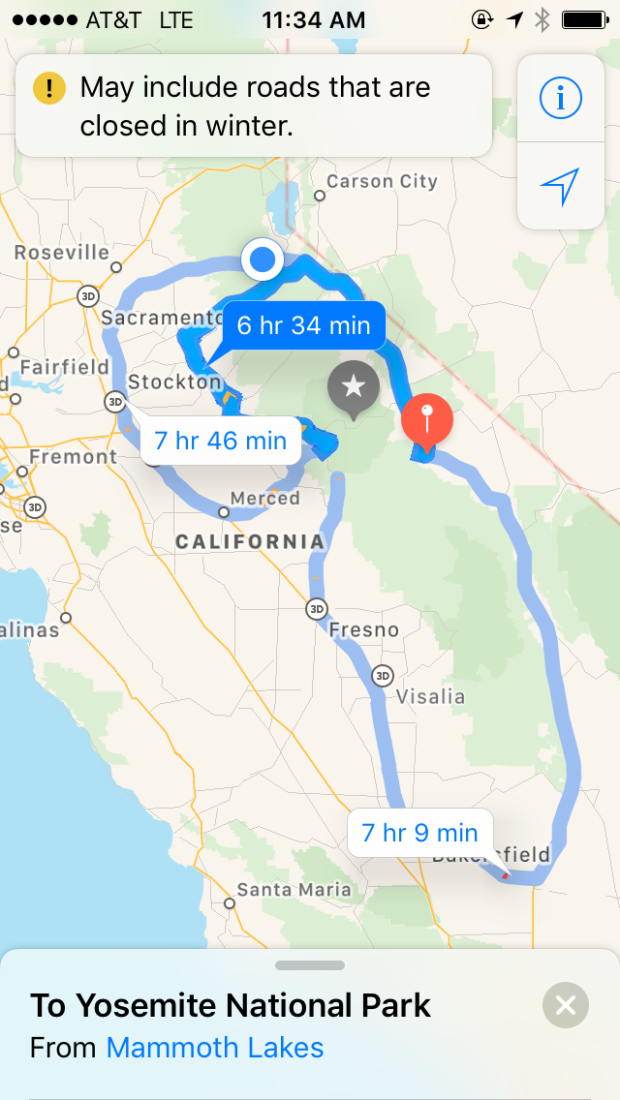 In addition, because of the excess snow they’ve received, many of the campsites are closed, the rivers been flooding areas, and motel rates near the park were outrageous. Indeed, our big Yosemite plans were definitely thwarted.

Staying optimistic, we striked up conversations with residents in the area for advice on trails to try, scenic routes to take, and great places to stop. In Mammoth Lakes, a barista slugly mentioned that many of the things that are in Yosemite are in the surrounding area, just without the “national park” label.

Thanks to Kyle’s trailforks app, he found a great 5 mile round trip hike within Mammoth Lakes. On the trail, we had to cross a handful of snow patches. 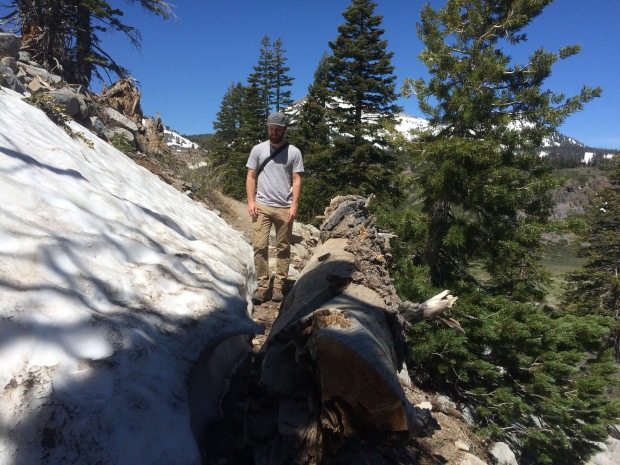 But great views of the Sierras awaited. 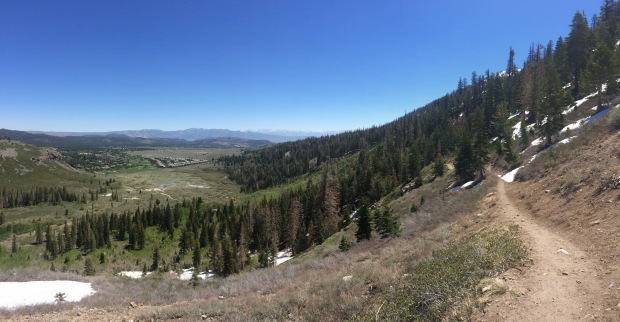 And on this hike we met a great couple who confirmed the craziness of the amount of snow; in most years, the Tioga Pass opens early to mid May. In consequence of the snow, all their rivers and creeks were raising much more than normal. They did suggest the best route to get to the west side of Yosemite (north, not south) and suggested a few scenic areas to stop, such as June Lake.

Only an hour or so from Mammoth Lakes, June Lake was such a great stop. 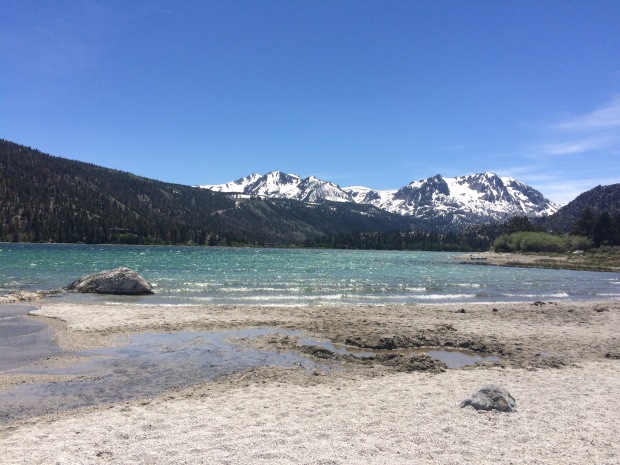 That clear blue water lured Kyle in, who swam across. Mind you, he was the only person in the entire lake, and being at an elevation of 7000′, he got a small dose of elevation sickness himself afterwards. 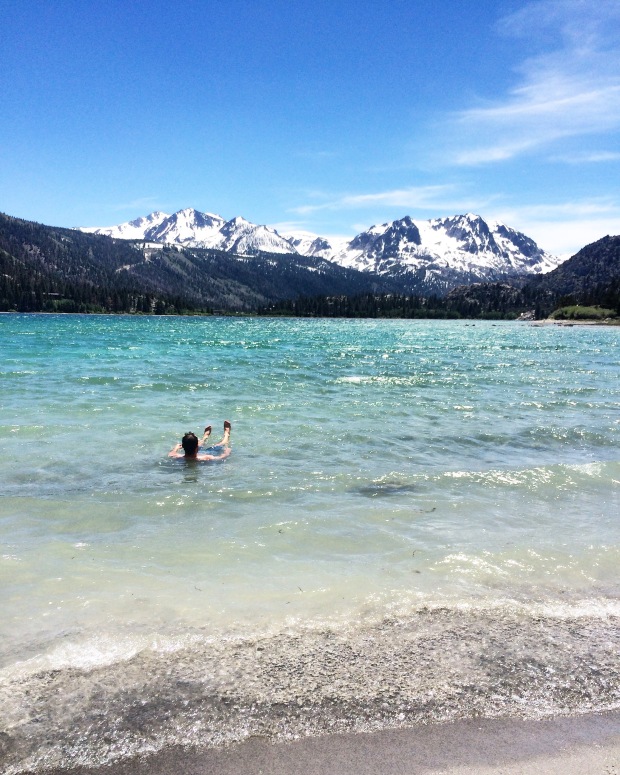 Only Kyle would enjoy that.

As we kept trying to cross the Sierras, the roads leading through the snow capped mountains kept reading “closed”. All of a sudden, we were back in Nevada (no!) and pulled off to see just how far north we had to go. After being in the car for a few hours, we realized we were pretty close to Lake Tahoe. Rather than spending a few more hours in a car and being intrigued by Tahoe, we agreed to stop. And thank god we did! 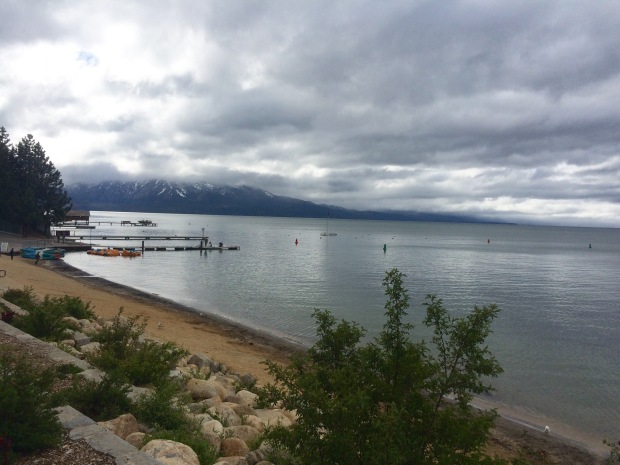 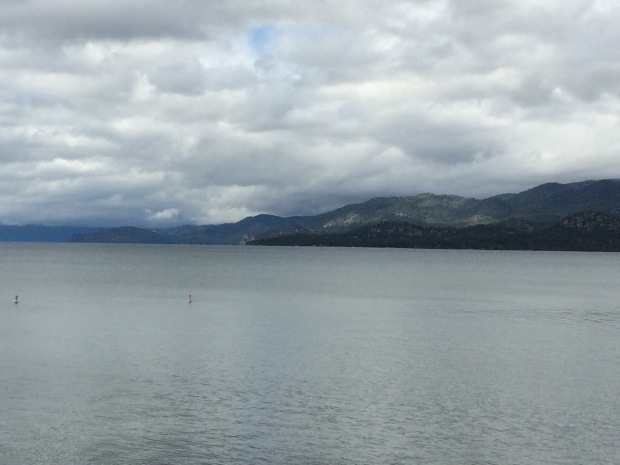 After one night in South Lake Tahoe, we weighed our options. Considering the shape Yosemite was in, we thought, what would be the harm in just seeing what we can do in Tahoe? We pretty quickly learned that there were an infinite amount of trails and beautiful scenery to experience in Tahoe. So, sorry Yosemite, but we’re just gonna stay here.

(No swimming in Lake Tahoe for Kyle.)

We went to a small bike shop, Over the Edge, who were immensely helpful in giving us a guide for a mountain biking trail that Kyle would bike while I could hike. Which is how we ended up here, which, incidentally is on the Nevada side… 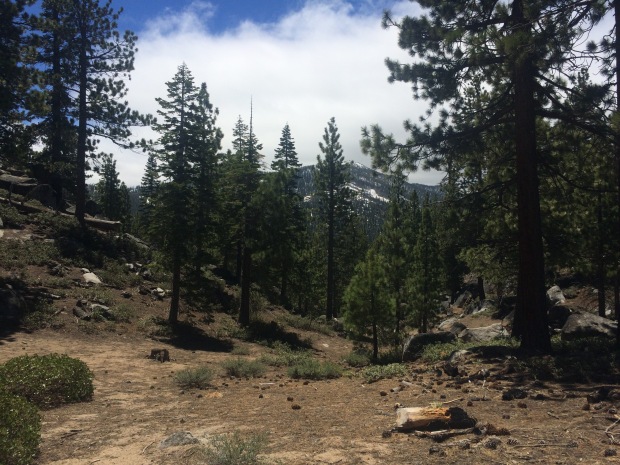 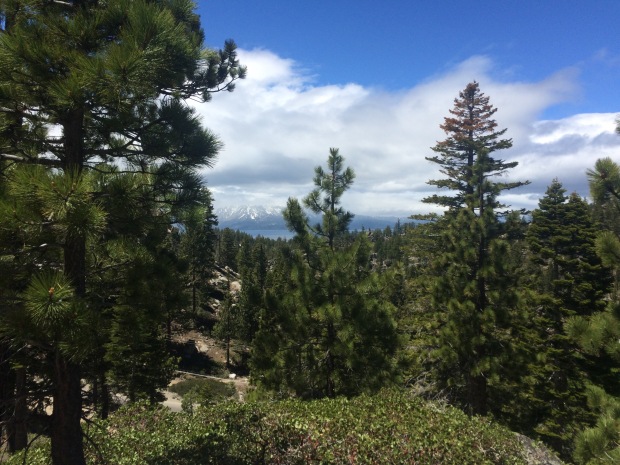 For most of this hike, I was totally alone. Only running into one guy and his three dogs, I realized this was really one of the few times I had been alone in the woods by myself for this long. Still rather close to civilization I really had no reason to worry, but upon this realization I momentarily freaked out; what if a bear came out of no where? What if I fell down the cliff side? Am I even going the right way?

Then I realized, isn’t this what I was looking for after all? To be submersed in the natural world, which often times also means solitude. Rather than worrying, I began to cherish the solitude which now feels like such a rare experience. 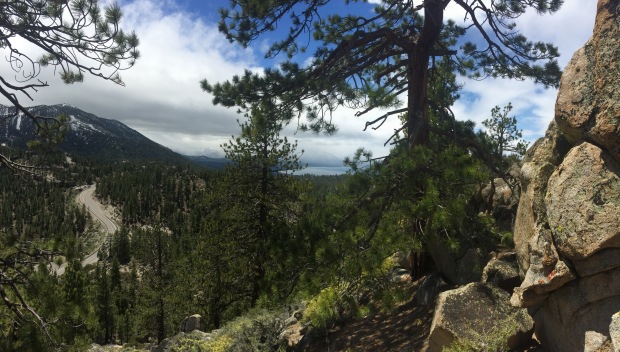 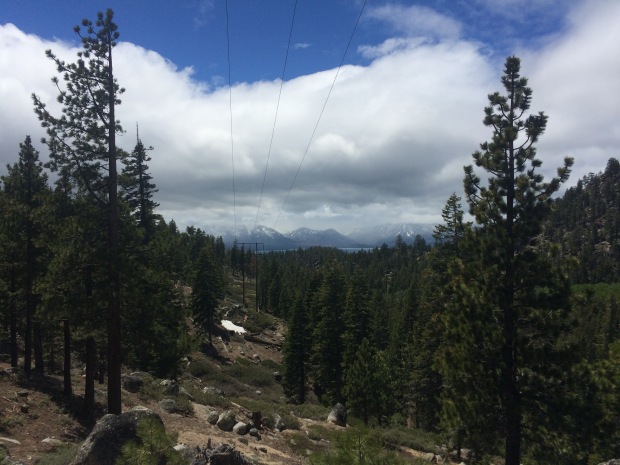 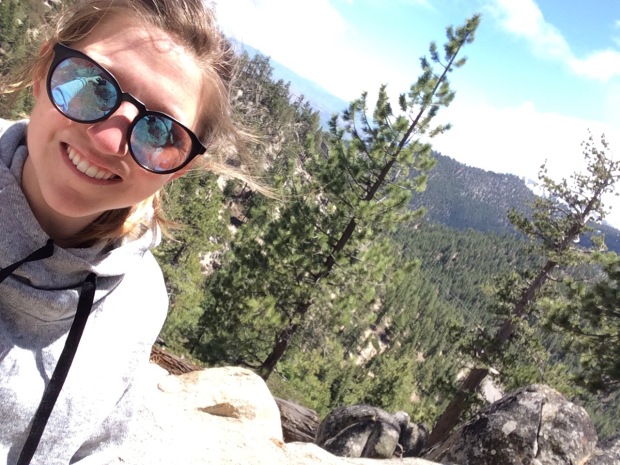 And with a rainy day, we’re off to San Francisco to see a different side of California.